# Should Pandora feel guilty about opening the box? 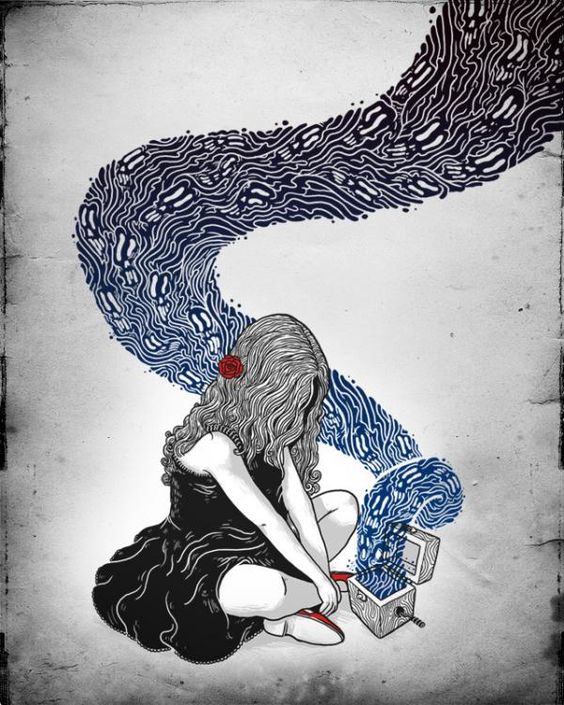 According to legend, Pandora was given a box by Zeus that she was not to open but curiosity got the better of her and all the evils and miseries onto mankind were unleashed as a result. Determinists tell us that Pandora is not responsible for opening the box because she does not have free will but is there sufficient evidence to support these claims and can their conclusions be trusted? To deny free will is to deny personal responsibility and without it there can be no remorse, shame or guilt. Vohls and Skinner1 demonstrated this experimentally by proving a causal link between deterministic and cheating.

Determinism is the belief that all events, including our behaviour, are the result of past conditions.  In his recent book, Behave2, neurobiologist Robert Sapolsky presents a wide range of evidence that supports the deterministic viewpoint and dismisses free will as an attempt to explain what Biologists are yet to discover. Sapolsky feels that believing in free is “medieval thinking” and there is no scientific evidence to support it. Referencing experiments from the likes of Benjamin Libet3, who discovered that muscle movement could be predicted before a subject was aware of their conscious decision to move, Sapolsky generalises that all behaviour will be explained in this way eventually.

The late Physicist Stephen Hawking presented a comprehensive rebuttal of determinism in a 1999 lecture entitled, “Does God Play Dice?”4. These were the words Albert Einstein used to describe the angst he encountered when trying to reconcile the probabilistic nature of quantum theory with his own belief in a deterministic creator-God. Hawkins argues that as if the uncertainty caused by quantum theory were not enough, his own findings that black holes do not emit information about the objects that fell into them before they evaporate suggests that “God does not only play dice, but he sometimes confuses us by throwing them were they cannot be seen”. He concludes that whilst we can calculate probabilities about it, “the future of the universe will not be completely determined by the laws of science”.

In his 2010 literature review, Neuroscientist Willam R Klemm5 explored 12 limitations in the method and interpretation of free will experiments. He would seem to agree with Hawkin’s view4 that “Like Einstein, many scientists have a deep emotional attachment to determinism.” A good scientific theory should be predictive and falsifiable but the uncertainty principle makes it unfalsifiable and the empirical evidence clusters around far too small a subset of behaviours to be so broadly generalisable. The conscious and the unconscious are parts of the same mind and we have the power to change many of our unconscious behaviours through rational thought. If personality is defined as the thoughts feelings and behaviour unique to an individual then self-will is the unique behaviour that arises as a result of personality, goals and conditions.

To be alive is to respond to stimuli. Whilst plants do not have the ability to introspectively analyse their goals and behaviours they do adapt to their surroundings and exhibit a “will” of a kind by growing in ways that are impossible predict. Whilst we do not have the capacity to exercise conscious free will for everything, we are part of an integrated organsim and our unique and unpredictable response to stimuli is evidence of free will. Ultimately, whether you choose to believe in free will depends on whether it fits with your goals and beliefs. These are the kinds of choices we are free to make, to open the Pandora’s box of determinism or not.

Are we fit to drive?